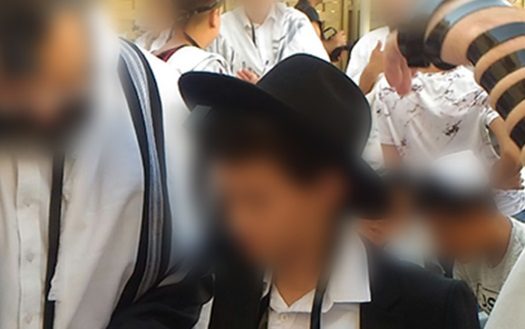 Dozens of Israelis, upon hearing about the sad story of a 13-year-old boy whose teacher told his classmates not to attend his bar mitzvah party, showed up to another one thrown for him at the Western Wall by the Chabad Youth Movement.

After Channel 2 News reported earlier this week that a 13-year-old boy’s teacher had told his classmates not to attend his bar mitzvah celebration because of an ongoing dispute with his parents, the boy’s family received dozens of calls from citizens, including the Chabad Youth movement, who wanted to throw him the party he deserved.

The boy was thrown a big bar mitzvah party at the Western Wall on Monday, where he was surrounded by his family members and members of the Chabad Youth movement led by Rabbi Menachem Kutner.

“I was very happy to see that there are still good people, and that we were able to put a smile on my son’s face,” said the boy’s father.

He added that he has complained to the school management and the Ministry of Education about his son’s teacher several times, but nothing has been done so far.