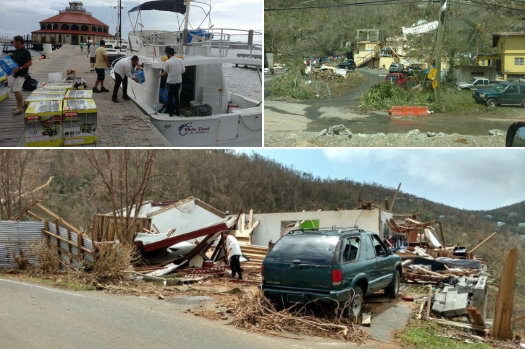 Faced with the indescribable destruction of Hurricane Irma, a Chabad shliach to the Caribbean has refused to evacuate to a more stable location, remaining behind to help with the rescue efforts on the devastated island.

Rabbi Asher Federman has been the Chabad emissary on St. Thomas for the last 12 years.  He, his wife Henya and their nine children took shelter during the storm in a radiologist’s office located six miles from the Chabad house on the eastern end of the island.

In the days following the storm, the Federmans took responsibility to check in on all of their island contacts via cell phone, social media and going door to door, in some cases, physically clearing rubble in their path and hiking to people’s homes when roads were impassable.  While Henya Federman reluctantly left St. Thomas several days after the storm with her children, Rabbi Federman remained behind, assisted by Rabbi Mendel Galperin in the recovery efforts, according to Chabad.org.

Rabbi Federman described the damage on St. Thomas as catastrophic and unprecedented in a blog post, noting that it will likely be as long as six months before power is restored on the island.  Food, water and fuel are all scarce on St. Thomas which was so badly hit that it is practically unrecognizable.

Both the marines and the national guard have been called in to maintain security, with most of the local police force spending their waking hours attempting to repair damage to their own homes.  While main roads have been cleared, debris is everywhere and even basic human needs have become difficult to manage, with something as simple as running water, which is supplied through electrical pumps, requiring the use of a generator.

“There is new found appreciation for the ‘luxury’ of a simple shower,” wrote Rabbi Federman.

Generators, chain saws and other crucial supplies are slowly being brought into St. Thomas.  In a Thursday blog post Rabbi Federman thanked members of the Chabad community who arranged for 25 supply-filled boats to make the two and a half hour journey from Puerto Rico to St. Thomas.

Additional boats filled with supplies donated by the government and citizens of Puerto Rico arrived in St. Thomas yesterday, making the return trip with evacuees looking to escape the ravaged island.  Lubavitch.com reported that 6,000 visitors who were stranded in St. Thomas were rescued by two cruise ships this past Tuesday.

Hurricane weary Houston and Florida have also taken part in the St. Thomas recovery effort.  Rabbi Federman thanked United Airlines on Facebook for flying in much of the contents of a 40 foot container of donated supplies including 2,400 kosher ready to eat meals, pallets of water, generators and other much needed items from Houston. Several pallets of additional supplies are also expected to arrive today from Florida.

Even during the recovery efforts, Rabbi Federman is continuing in his role as a religious emissary, putting tefillin on Jewish residents, blowing the shofar, putting up mezuzos and making preparations for Shabbos and the upcoming holiday season.

“No one has turned down a mitzvah,” reported Rabbi Federman who said that the days since Irma struck have been a time of “strong spiritual bonding.”

“In times like these, you learn the true value of life,” said Rabbi Federman.  “It’s almost like what happened to your house and possessions is secondary. You’re happy you’re alive and what really matters in life is at the forefront of your mind.”

Rabbi Federman’s Thursday night Facebook post ended with an offer of help to anyone in need as another day drew to a close.

“About to head home,” wrote Rabbi Federman. “Hard to describe the feeling of driving the roads at night with deafening silence and even quieter darkness.  Good night Virgin Islands. The sun will yet rise in the morning.”

Donations to the St. Thomas rescue efforts can be made here. 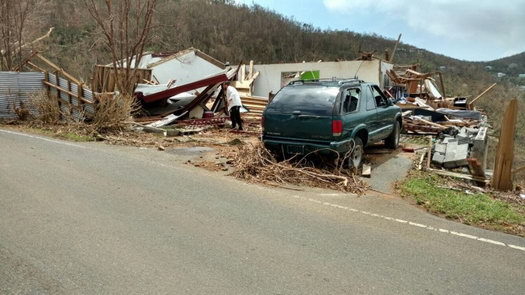 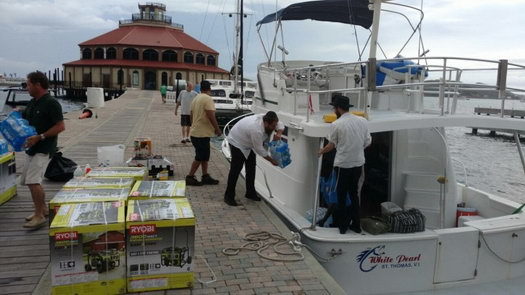 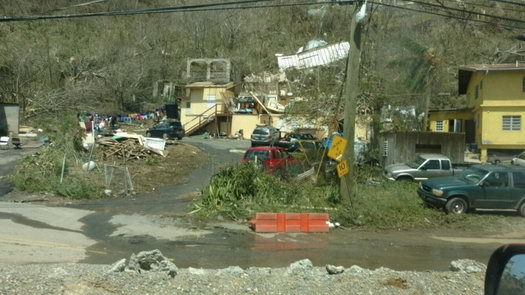