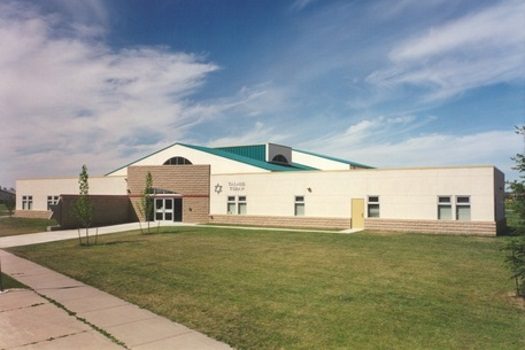 Police are investigating two fires which appear to have been deliberately set outside of a Jewish school in Edmonton, Canada, where a Chabad day camp is being run.

A neighbour called Edmonton Fire Rescue just after 9 p.m. on July 15 to report a fire in a recycling bin beside the Talmud Torah School.

Fire crews were able to tame the flames within minutes, though a journalist on the scene reported that “the fire evidently burned hot enough to peel the paint from the sides of the bin, leaving burnt debris at the bottom and melted rubber clinging to the sides.”

Police were called back to the school around 2 p.m. the next day, after a security guard found the remains of a burnt garbage bag next to a door on the west side of the building, along with some damage to the stone facade.

Investigators suspect the fires may have been intentionally set and the Edmonton police have taken over the investigation. Police are reviewing footage from the school security cameras.

Click here to continue reading at the Canadian Jewish News