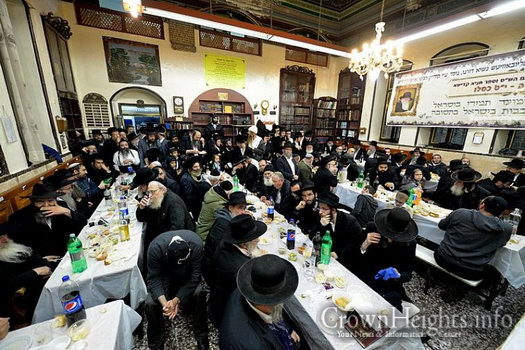 File photo: The interior of the Chabad Synagogue in Meah Shearim.

Congregants of the old Chabad shul in Meah Shearim, Jerusalem, were amazed to discover on Shabbos that vandals had broken in the night before and destroyed the synagogue’s walls, stole books and newsletters, and harmed anything they could get their hands on.

The vandalism was discovered when the Shul’s sexton Tzvi Hanon returned late on Friday night to lock the synagogue after everyone left and prepare it for the next morning.

However, when he arrived on Friday night, he discovered that various materials had been spread on the walls, books and newsletters had been taken, and the entire synagogue had been trashed.

Hanon’s son Mendy said, “The Chabad synagogue in Meah Shearim is a lighthouse for thousands of Jews all over Jerusalem. Every Shabbat, people stream to this place, to be inspired by hasidic teachings, by the lectures we hold every day of the week.”

“In the midst of our intensive preparations for the Shavuot holiday, we are witness to these difficult events. I am sure we will overcome it.

“Anyone who did these acts is invited to taste the hasidic teachings. I promise that after tastes it, he will not be able to leave.”