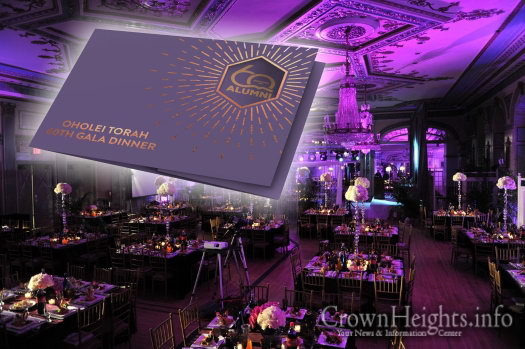 When the Dinner committee of Oholei Torah got together to plan the “Shnas HaShishim” 60-Year anniversary event, the decision was made to honor their very own – 60 alumni from around the world, as they represent the thousands of talmidim who impact so many across the globe. A voting campaign was held to choose the honorees earlier in the year.

“Oholei Torah alumni have been the driving force behind the Rebbe’s inyonim since the school’s founding.” said Rabbi Joseph Rosenfeld, Executive Director,  “They form the bedrock of Chabad communities worldwide, and have touched millions of Jewish lives in the spirit of Uforatzta. The special Oholei Torah brazenness, has allowed its graduates to break through barriers, accomplishing feats many thought to be impossible.”

Oholei Torah was the first Mossad Chinuch that the Rebbe established. The Rebbe continued to give unbelievable encouragement and support for the mossad, and gave guidance through its development into the worthy institution it is today.

In closing the Shnas Hashishim campaign, Oholei Torah will showcase the deep impact its  alumni have made upon the Jewish world. With a focus on graduates who have devoted themselves to the Rebbe’s inyonim – whether on Shlichus, in business, or in Chinuch – and the success they have seen as a result of the uniquely special and Chassidishe chinuch they received in Oholei Torah.

To portray this, it was therefore decided to make a booklet with all the 60 alumni, articles of what they do, and theirs thoughts and memories Oholei Torah left on them. This booklet can be seen below.

The 60 Alumni being honored all showed their support and solidarity, by sending invitations to their community members, friends and family, making this year’s event on a much more grand level, befitting such a milestone.

Rabbi Nosson Blumes, Director of Development noted with interest, that the entire invitation project was executed by professionals of the highest standards, all Oholei Torah talmidim. Dovid Zaklikowski and Shaul Wolf wrote the articles and information, Gershon Eichorn, Moshe Muchnik and Zalman Stock of Spotlight Design, and Sholom Laine and Zev Cadaner of The Print House, and Eliezer and Chaim Gansburg of 3 Gen and Star Mailing.

The booklet was sponsored by an Oholei Torah alumnus, Dovid Junik, in memory of his brother who recently passed away, R’ Avhorom Boruch Junik, a”h.

We portray here an array of pictures of the invitation, and a flip book link of the 60 Alumni booklet to share with you.

To place an advertisement, make reservations or for more information– visit the Dinner website at www.oholeitorah.com or call 718-483-9000. 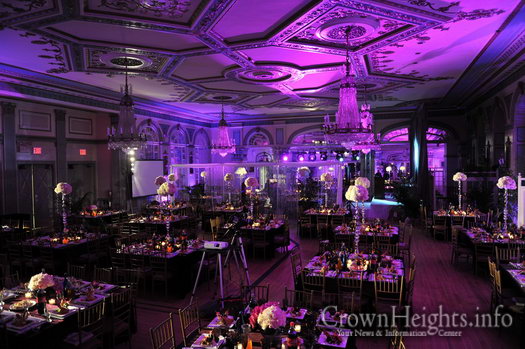 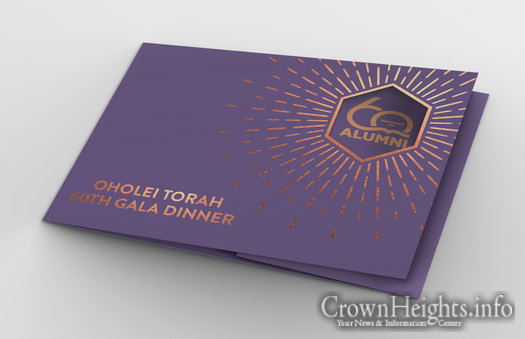 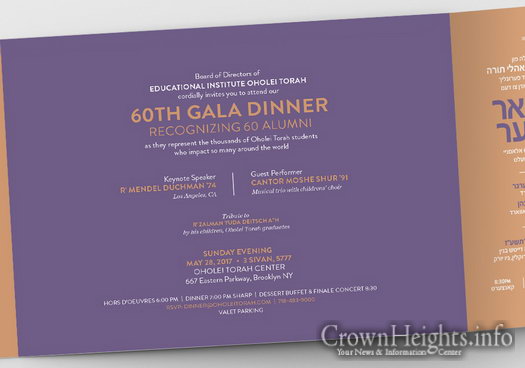 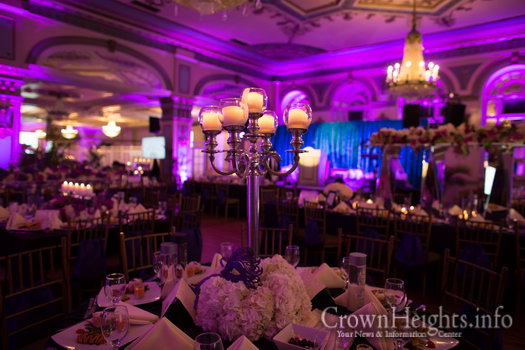