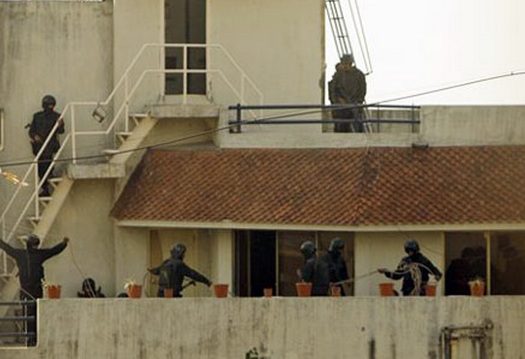 from The Algemeiner by Ben Cohen:

Pakistan has extended the house arrest of Hafiz Saeed – an Islamist cleric accused by the US of having masterminded the 2008 terrorist attacks in the Indian port city of Mumbai – by another three months, Pakistani media outlets reported on Tuesday.

Officials in Pakistan’s Punjab province did not make clear the reason for the extension of Saeed’s house arrest. The US has offered $10 million for information leading to the arrest of Saeed, who heads the Muslim charity Jamaat-ud-Dawa (JuD) – allegedly a front for the Islamist terrorist group Lashkar-e-Taiba (LeT).

166 people were murdered during several days of terror assaults in Mumbai between November 26-29 2008. A total of seven targets around the city were attacked by LeT gunmen, including Nariman House, a Jewish community center operated by Chabad. After a siege that lasted for almost two days, Indian commandos launched a military operation to liberate a group of hostages being held by the gunmen inside the Chabad building. Among the five victims were the head of the center, Rabbi Gavriel Holzberg, and his wife Rivka.

The extension of Saeed’s house arrest comes as US President Donald Trump’s administration is reported to be pressuring the Pakistanis to turn him over.

There is a widespread view in Pakistan that Saeed has been made a scapegoat for the attacks. Former Pakistani President Gen. Pervez Musharraf  told India Today a fortnight ago, “I don’t think Saeed was behind the 26/11 attacks” – using the local shorthand for the Mumbai atrocities. “In Pakistan, we don’t call him a terrorist,” Musharraf added.