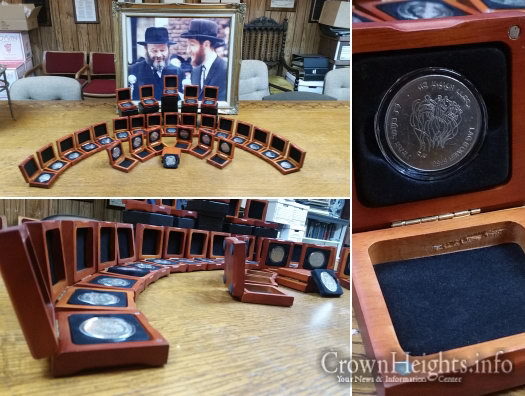 28 of the original coins minted for Lag B’omer 1990 still remain, parade organizers recently announced. Minted exclusively for the Lag B’omer Parade at the Rebbe’s request, these silver coins feature a Lag B’omer bonfire on one side and a picture of 770 on the other.

Now, 27 years after they were originally distributed, only 28 coins remain.

On 13 Iyar 5750 (1990), five days prior to Lag B’omer, the Rebbe turned to his secretary Rabbi Yehuda Krinsky and told him that at the upcoming Lag B’omer Parade, Sunday, he would like distribute special coins to the children, minted specially for Lag B’omer.

Upon investigating the possibilities of minting a coin—a unprecedented project of the Rebbe’s office – it became apparent that minting a coin is a long process which would normally take at least two months. After an exhaustive search, two mints agreed to try to produce the coin in less time but not deliverable in time for Sunday.

Rabbi Krinsky reported all of the above to the Rebbe. The Rebbe responded that the project should be dropped, adding that: וכשם שמקבל שכר על החוק”ד כך כו’—“Just like you will receive reward for investigating the matter, so too etc.” The Rebbe added that he was sorry “that I didn’t suggest this earlier.”

Unsettled by the Rebbe’s obvious distress, Rabbi Krinsky urged his assistants, Rabbis Dovid Krinsky and Yosef B. Friedman, to do whatever they can in order to get the job done and on time.

They got to work and immersed themselves in learning the intricacies of minting a coin, creating artwork needed for the casting and engraving, and finding a mint that would not work on Shabbos yet strike the necessary quantity of coins, and deliver it all to 770 Eastern Parkway, Brooklyn, no later than Lag B’omer, Sunday morning.

On Friday, Rabbi Krinsky notified the Rebbe that the coins will be ready and delivered early on Lag B’omer morning, hours before the parade. The Rebbe responded with obvious satisfaction and answered: ותנוח דעתך בעניניו כמו שעשה לי בהנ”ל—“May you have peace of mind in your endeavors the same way you provided me [peace of mind] with the above.”

The coins were distributed at the parade.

The remaining coins will be distributed this year to Parade donors. Donations of $770 or more will receive one of last remaining coins. Interest should be forwarded to malkie@ncfje.org. 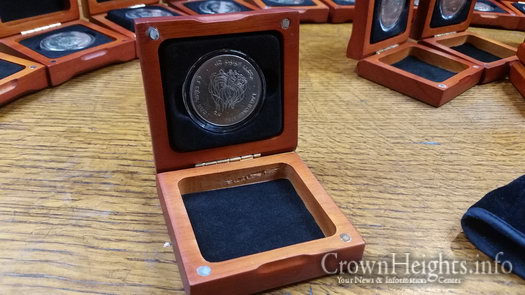 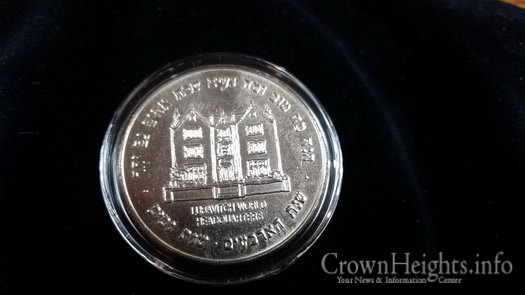 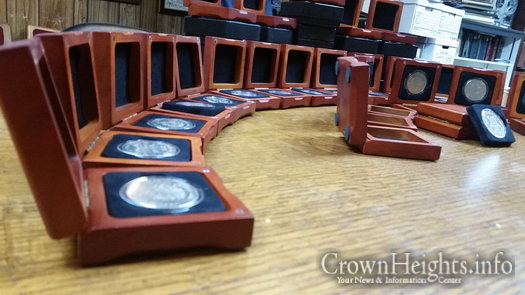 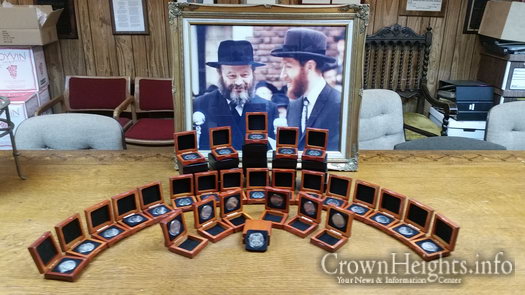 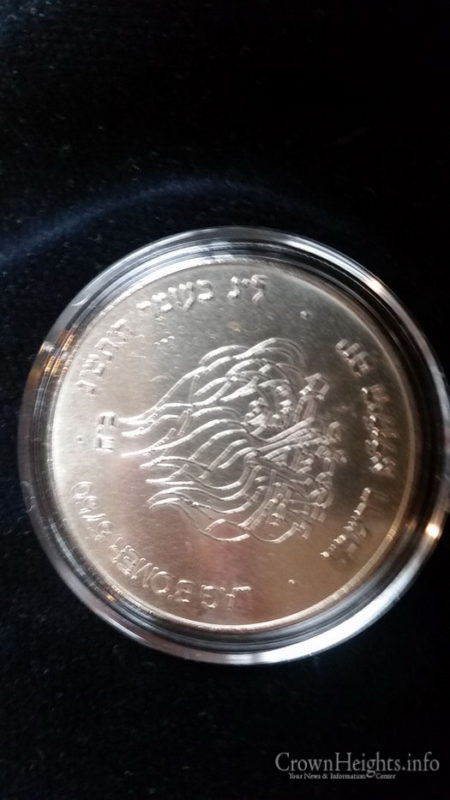