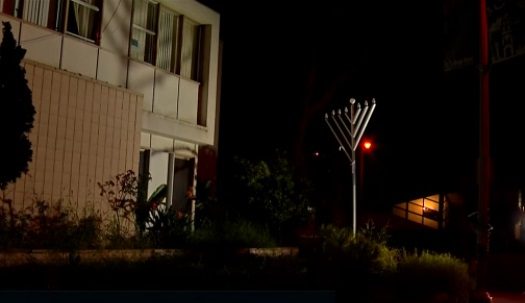 A large menorah that stands on the lawn outside of San Diego State University’s (SDSU) Chabad House was damaged on Thursday night by a group of students.

Chalom Boujnah, the resident rabbi at the Chabad House, says the group showed up to the house shortly after midnight and began doing pull ups on the lower left arm of the menorah.