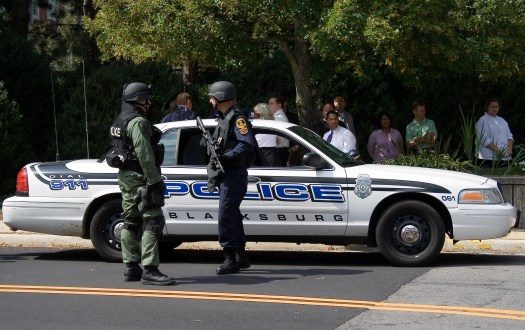 from the Collegiate Times:

Rabbi Zvi Zwiebel stepped out of the Chabad Librescu Jewish Student Center at Virginia Tech on Saturday to get some fresh air. He was met with nearly 100 hand-drawn swastikas emblazoned on leaflets littered across the front lawn, still dry in the light afternoon rain.

The leaflets were scattered one day after Chabad announced that Holocaust survivor Rabbi Nissen Mangel would speak at Virginia Tech on April 24. According to Zwiebel, “We’re strongly inclined to believe” that there is a connection between the event’s publicity and the appearance of the leaflets.

“It’s shocking that it can happen at the Virginia Tech community,” Zwiebel said. “(I’ve) been here eight years and never believed such a thing can happen here.”

As the case remains active, Blacksburg Police declined to provide information regarding the investigation.

Click here to continue reading at the Collegiate Times.

The following is a statement from Rabbi Zvi Zwiebel:

On Saturday afternoon, March 18, as we celebrated the Jewish Sabbath, I was shocked to discover over 100 leaflets with hand drawn swastikas scattered over the front yard of the Chabad Jewish Student center at 301 Wall Street, just opposite the university campus.

This disgusting act of hate occurred just one day after we announced that Chabad was hosting renowned holocaust survivor Rabbi Nissen Mangel for a lecture at Virginia Tech in April.

A report was filed with the Blacksburg Police Department who were extremely helpful and professional in their response.

This incident is all the more surprising seeing as it is the first such act since Chabad on Campus at Virginia Tech was opened more than eight years ago. We appreciate Virginia Tech President Timothy Sands, who quickly tweeted his support for the Jewish community and we are in touch with the administration as they proactively respond to this incident.

Here at Chabad, we plan to continue to fight hatred by increasing our efforts in spreading Jewish pride and the beauty of our heritage. Although hatred has existed against the Jewish people for generations, we will always continue to thrive and grow as a community and as a people. To this end, we will be holding a solidarity event tomorrow, March 20, at the Graduate Life Center Plaza at 5:30 pm. The rally will be addressed by students, university officials and the VT Police Department.

We are positive that the increased light that we shed will overpower the darkness of senseless hatred.

Many students, alumni, community members and parents have reached out wanting to make a monetary contribution in response to this hatred. For that reason, we have set up a donation page where our friends can support our Passover activities on campus.