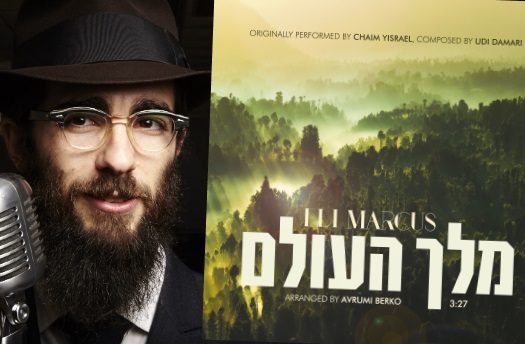 We are proud to share with our readers some new music from Eli Marcus. The current release is a cover of Chaim Israel‘s mega hit “Melech Haolam,” composed by Udi Damari, with an uplifting new arrangement.

“After hearing this song, and realizing that many people had never heard it before, we decided to re-recorded it with a more familiar sound and introduce it to the audience here” said Marcus. “The message and the spirit that it conveys was truly something that we felt we had to share with our listeners.”

The new arrangement was done by seasoned arranger and musician Avrumi Berko and recorded in Israel. “This was a very fun project, and working with Eli was a real pleasure,” said Berko.

Special thanks to Chaim Yisrael, Bentzy Marcus and Mendy Friedman.