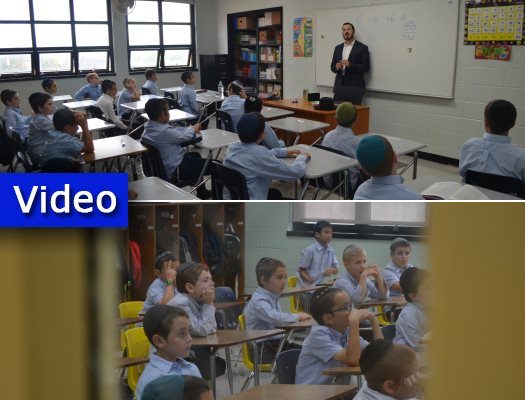 Today marks the beginning of the 120th year of Tomchei Temimim Lubavitch, which was founded by the fifth Lubavitcher Rebbe, Rabbi Sholom Dovber Schneersohn, in 1897.

At that time, there was a common and harmful phenomenon that plagued Jewish communities throughout Europe. Well-meaning, frum Yidden would devote their lives to Torah study and serving Hashem, yet, lacked the drive, direction and focus in harnessing the power and light of Torah and allowing its inspiration to permeate their day-to-day lives.

Yehudi Be’beisecha, was the going adage – be a Jew at home and when in the confines of the Yeshiva and Shul, yet, when navigating the “outside world”, assimilate and be a conforming gentleman. The powerful influence of the Haskala movement further fueled the rapid decline of continued Yeshiva attendance, and was a pivotal factor in the deterioration of true Ge’on Ya’akov – the spirit of Jewish pride, among the impressionable youth.

In his quest to reverse this harmful trend, the Rebbe Rashab founded Tomchei Temimim to address the core underlying issues at the base of this corrosion.

Eventually, the persecution eased up, and living conditions improved with the mass Jewish emigrations to the United States and other, less-prohibitive countries.

Along with the absence of persecution came the no less harmful movements of “freedom of expression” and the drive of pursuing “the American dream”. The need to maintain focus on the mission of Tomchei Temimim became even more crucial.

The mission of Tomchei Temimim, then and now, is to raise students, Ba’alei Midos Tovos who have a true love for Hashem, the Torah and fellow Jew. As Chassidim, we draw from Chassidus the inspiration to conduct our lives according to Torah, in spite of personal and global hardships.

Never has it been more crucial to educate a generation of Torah-strong children, who will be equipped with the power and pride of Yiddishkeit and stay strong when entering a world that is devoid of spiritual focus and rampant decadence and depravity.

The Frierdiker Rebbe would often speak of the many tears shed by the Rebbe Rashab at the Ohel of the Rabbeim when he asked for Brochos for the Hatzlacha of Tomchei Temimim. At Tomchei Temimim Lubavitch, every effort is expended to ensure that those tears were not shed in vain.

Regarding supporting Tomchei Temimim, the Rebbe Rashab said “איך בעט הושיע נא, און איך בין מבטיח הצליחה נא” “I am asking you to help [and support the Yeshiva], and I guarantee you success [in all of your endeavors]”.

In Hayom Yom Tes Tamuz: The greatest guaranteed assurance (of Divine assistance) for all Jewish parents in need of special help and deliverance for their children is through their support of those who study Torah.