« Stabbing Victim’s Daughter: We Won’t Live in Fear
Photos: Thursday at the European Kinus in Moscow » 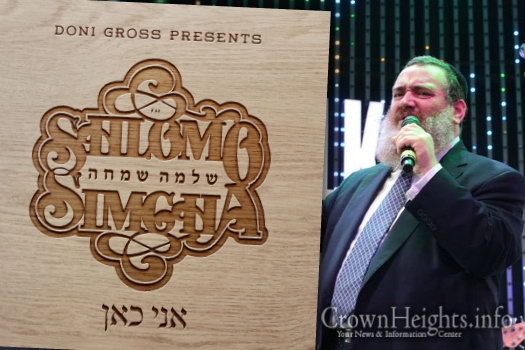 Singing star Shlomo Simcha Sufrin, a member of the Lubavitch community in Toronto, has returned to the Jewish music scene after a lengthy hiatus with a brand new album – ‘Ani Kan.’

One of the greatest Jewish stars to emerge in the past 25 years, Shlomo returns to his roots with both Hebrew and English songs, even evoking the feeling of the “Aish” series, which he recorded with fellow Toronto legend Abie Rotenberg.

Shlomo rose to unprecedented fame by pairing traditional chazanus with contemporary styles, and “Ani Kan” one-ups that combination by bringing his energy and talents to the newer musical styles of 2016.

With guest duet performances with the familiar sounds of Yossi Green and Tzvi Silberstein, “Ani Kan” is set to launch an exciting new phase in today’s Jewish music, exclaiming, just like the album’s namesake song “Ani Kan,” that the new Shlomo Simcha is here.

Click here to pre-order the album at Mostly Music.

« Stabbing Victim’s Daughter: We Won’t Live in Fear
Photos: Thursday at the European Kinus in Moscow »