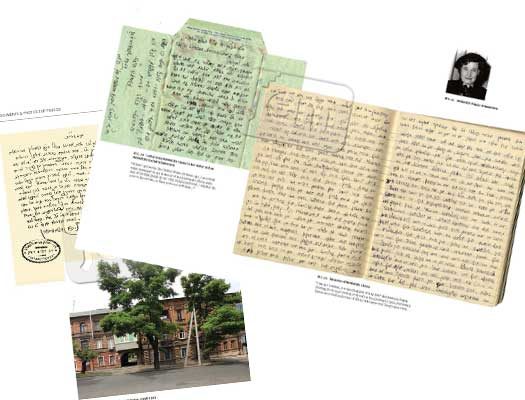 In honor of Chof Av, the Yahrzeit of the Rebbe’s father Rabbi Levi Yitzchak Schneerson, selected excerpts of a major new research project on the Rebbe’s early years were made public.

In recent years, the fascinating memoirs of Rebbetzin Chana Schneerson, the Rebbe’s mother, have been published. In a newly-discovered letter from 1953, Rebbetzin Chana writes: “When I arrived in the United States six years ago, I recorded what remained in my memory of my husband’s life in exile and of his final years in our city, Dnepropetrovsk. I wanted his sons to know this, as they were not with him…”

The Rebbe’s Early Years, a forthcoming monumental book from Kehot and JEM presenting the history of the Rebbe’s childhood and youth is the culmination of over a decade of research in archives across Russia, Ukraine, France, Poland, Germany, Latvia, the US and Israel. Hundreds of documents and mountains of new information on the Rebbe’s early life were curated and are presented in a reader-friendly format.

In addition to many events in the Rebbe’s own life, many documents presenting previously-unknown details about the Rebbe’s forebears, family, and city, as well as the Rebbe and Rebbetzin’s own life and movements were uncovered.

The Rebbe’s Early Years: exploring the life of Rabbi Menachem M. Schneerson as told by documents and archival data, 1902-1929, by Rabbis Boruch Oberlander and Elkanah Shmotkin. 550 pages. Forthcoming in December, Published by Kehot and Produced by Jewish Educational Media.