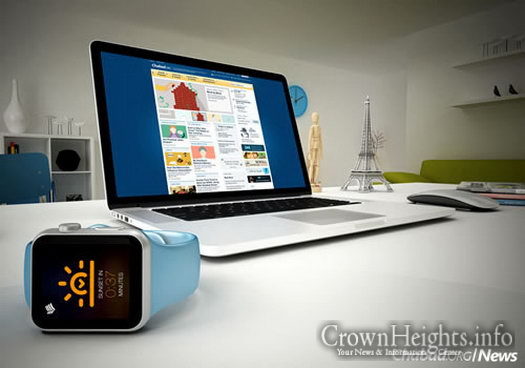 The American Jewish Press Association has announced the winners in its annual Simon Rockower Awards Competition for Excellence in Jewish Journalism for work published in 2015. Chabad.org has earned three top awards, including first place to the organization as a whole for a myriad of platforms and media.

Staff writer Dovid Margolin earned first place for “Despite Ongoing Trials of History, Ukraine Matzah Bakery Continues Its Unique Legacy” in the category of Excellence in Writing About the Global Russian-Speaking Jewish Community, an award sponsored by the Genesis Philanthropy Group. The story describes the history of matzah production in the former Soviet Union, and in particular, at the Tiferes Hamatzos bakery in Dnepropetrovsk, Ukraine, once home to the Lubavitcher Rebbe—Rabbi Menachem M. Schneerson, of righteous memory.

First place was also given to New York-based freelance photographerJonathan Alpeyrie for the photo essay “In Mariupol, Ukraine: Faces on the Frontlines” in the category of Excellence in Photography. The story visually depicts the plight of Jewish individuals and institutions in the southeastern city of Ukraine, which has been racked by war for more than two years now.

And for the work of the entire Chabad.org staff and its many outside contributors, the AJPA awarded first place to Chabad.org in the category of Outstanding Digital Outreach for its website and mobile platforms; for its presence on all aspects of social media; and for its flourishing digital apps program.

The AJPA noted Chabad.org’s nearly 50 different subscription options to different areas of site, with content appearing in eight different languages and numerous options for children as well. Among many other digital outreach services, individuals can receive custom email alerts for Shabbat candle-lighting and Jewish holiday times, in addition to personal life-cycle events (birthdays, yahrtzeits), sent via email or to mobile phones. The website gets more than 44 million unique visitors each year.

Also recognized was Chabad.org’s Jewish Apps Suite, which offers 13 apps with six more in the works. These include a Jewish.tv video app, a JewishKids.org video app, a “Hayom” app (also available for the Apple watch), a “Daily Mitzvah” app, “Passover Assistant” and “KaddishAssistant”—all designed to help bring Jewish wisdom and tools to a user’s fingertips.

And its “Ask the Rabbi” section, which preceded the website using Bulletin Board Systems and email, has to date fielded more than 1 million questions on a diverse range of topics, addressing queries from the casual to the critical, the latter pertaining to real life-and-death issues.

“We are honored that the work of Chabad.org has been recognized,” saidRabbi Meir Simcha Kogan, the website’s managing director. “Nevertheless, we know that we have much more to accomplish. We must constantly grow and reach further to realize our mission of empowering and uniting Jews worldwide with their 3,300 year-old tradition.”

Now in its 35th year, the Rockowers are seen as the gold standard of journalism in the Jewish world.

The awards will be presented at a special ceremony during the Jewish Federations of North America’s annual General Assembly, to be held this year from Nov. 14-16 in Washington, D.C.