« Jews, Christians and Muslims Join Forces to Help Needy During Ramadan in Morocco
Woman Attacked Next to Prospect Park » 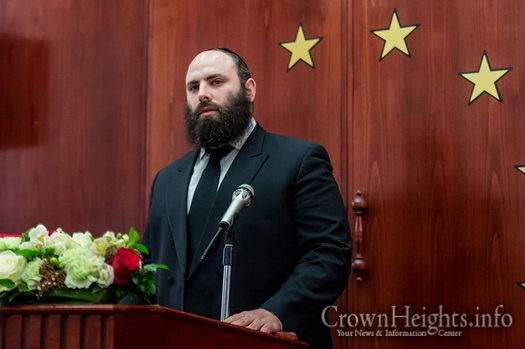 Rabbi Menachem Margolin, head of the Rabbinical Centre of Europe.

The head of the Rabbinical Centre of Europe which represents over 800 Rabbis across the continent, Chabad Shliach Rabbi Menachem Margolin, said that Jews across Europe are deeply worried that Brexit will lead to an increase in anti-Semitism across the Europe.

Speaking to a number of media outlets today, including the BBC, Rabbi Menachem Margolin said, “The EU is today much weaker. The UK in particular was a strong advocate for freedom of religion and in the fight against anti-Semitism. We have lost an important voice here in Brussels and across the continent as a whole.

“Sadly the beneficiaries of this chaos in Europe are the radical parties of the far left and right.

“History teaches us that nationalism and radicalism brings with it nationalistic fervor, dark language and anti-Semitism. It also brings attacks on the Jewish way of life such as shechita and bris milah.

“Brexit sees a number of threats from these parties who are licking their lips at the prospect of increasing power. It appears that Brexit has given them hope. And that is deeply worrying for Jews across Europe.

“I’m urging governments across Europe to not lose focus and to re-double their efforts in fighting anti-Semitism wherever it rears its ugly head.”

« Jews, Christians and Muslims Join Forces to Help Needy During Ramadan in Morocco
Woman Attacked Next to Prospect Park »