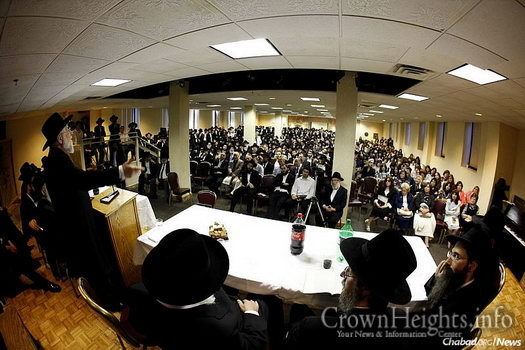 The sun will surely smile down on Sunday when 257 newly ordained rabbis will gather in the Chabad-affiliated Rabbinical College of America, outside of Morristown, N.J., for what is possibly the largest celebration of its kind.

The rabbis, who have graduated from the college during the past four years, will receive their ordination from a panel that includes Rabbi Israel Meir Lau, former Ashkenazi chief rabbi of Israel and current chief rabbi of Tel Aviv.

The size of the cohort (second only to the college’s 2012 group of 280 rabbis) is an indicator of Chabad’s robust position as a supplier of rabbis to Jewish communities around the world. The diverse group of rabbis includes native speakers of English, Hebrew, Spanish, Portuguese, Russian, French, German, Italian and Swedish, ensuring that they are ready and able to serve virtually every Jewish community that exists.

The Lubavitcher Rebbe—Rabbi Menachem M. Schneerson, of righteous memory—urged young Chassidim to be certified as rabbis, explaining that they owed it to themselves and to the larger Jewish world. Many of the students will go on to join the 4,450 Chabad rabbis and their wives who serve Jewish communities on six continents.

The Morristown program is one of many Chabad-affiliated institutions that grantsemichah to aspiring rabbis, includingyeshivahs in Israel; Melbourne, Australia; Pretoria, South Africa; Los Angeles; and, of course, the Central Lubavitcher Yeshivah atLubavitch Word Headquarters in Brooklyn.