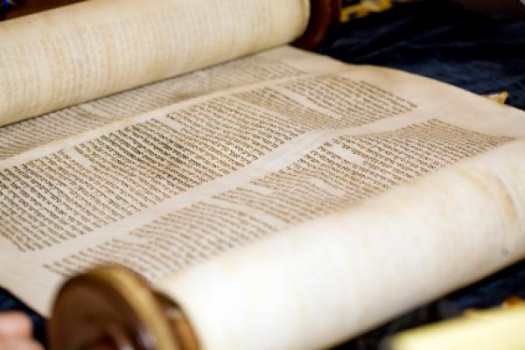 The world’s oldest known complete Sefer Torah, which was discovered about six months ago, confirms that the Alter Rebbe was correct regarding the spelling of the words ‘Petzua Daka’ – ending ‘daka’ with an Aleph rather than a Hey.

A complete, 13th century (circa 1270) Ashkenazi Torah scroll, one of the oldest in the world, was discovered in the US about six months ago and sold at auction by Sotheby’s in New York on December 22, now resolved an old controversy over the correct spelling of a word in Deuteronomy 23:2, Matzav Haruach reported.

The common tradition regarding the verse, “No one who has been emasculated by crushing or cutting may enter the assembly of the Lord,” holds that the Hebrew word “Daka” is spelled with the letter Heh in the end, while the Yeminte Torahs and the Torah text approved by the “Alter Rebbe,” Rabbi Shneur Zalman of Liadi, founder of the Chabad movement, spell it with the letter Alef in the end. And so does this 750-year-old manuscript.

The age of the scroll was determined by North Carolina State University physicist Dr. Hong Wand, using carbon-14 in a particle accelerator. Dr. Yossi Peretz, head of the Hebrew language specialty at Orot Israel College, was asked to analyze and verify the ancient scroll, and last week lectured on his findings at the College’s 16th annual Colloquium at its Elkana campus.

Click here to continue reading at the Jewish Press.