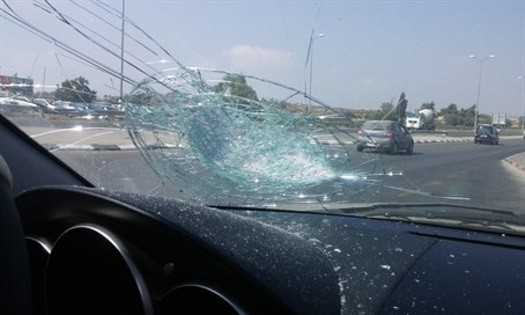 Rabbi Yossi Nachshon was ambushed on Sunday by masked Arabs near his home in the Chevron Hills, who pelted his car with stones. Luckily, only the windshield sustained damage.

Rabbi Nachshon, who resides in Kiryat Arba, was on his way to help IDF soldiers put on Tefillin, when several Arabs started hurling rocks and cinderblocks at his the car. He alerted security forces who were deployed to the scene, but the Arab perpetrators managed to flee.

”While on my way to fulfill Rabbinic duties, between Kiryat Arba and the Hevron Hills, I was ambushed and my car was attacked by masked men who were hurling stones. Miraculously, the extent of the damage is only a large hole in the windshield,” said Rabbi Nachshon.