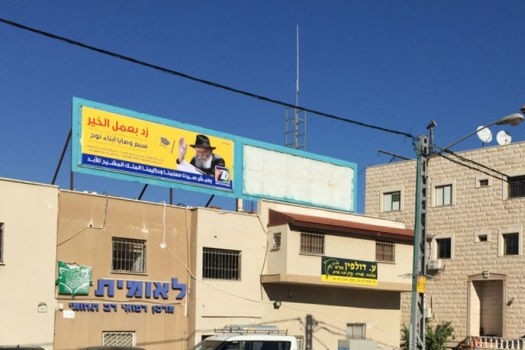 Chabad activists are planning to visit East Jerusalem during the Jewish holiday of Hanukkah in order to explain to the Palestinian residents the importance of observing the Seven Laws of Noah (a set of imperatives which, according to the Talmud, were given by God as a binding set of laws for all of humanity).

The Hasidic movement has decided to try to solve the terror problem by encouraging non-Jews to observe mitzvot, and have recently launched a campaign aimed at raising awareness of these laws.

As part of the campaign, Chabad members are asking Jerusalem’s Arab minority to observe the mitzvot given to all people, including the prohibitions against eating a live animal, murder, stealing, denying God engaging in incest and adultery.

The campaign kicked off with an event held on Jerusalem’s King George Street in the presence of Deputy for Regional Cooperation Ayoob Kara, who promised to help advance the campaign.