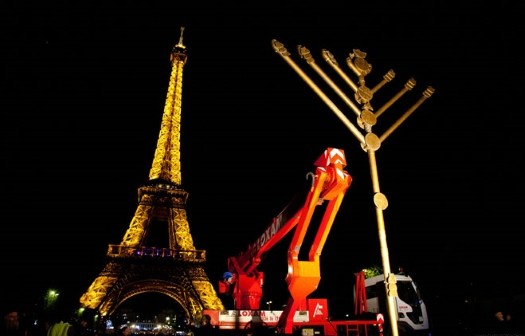 A Tuesday claim that public menorah lightnings in Paris were being canceled over security fears has been retracted by the Israeli journalist who originally made the claim.

The public menorah lighting at the base of the Eiffel Tower on the first night of Hanukkah Sunday will go ahead as planned, according to Miri Michaeli, who had earlier reported that police were shutting down the displays.

She says a discussion will be held Wednesday over other displays.

The large menorah at the Eiffel tower, set up by the Chabad movement, is an annual tradition that regularly brings out thousands of Jews to celebrate the Festival of Lights in the City of Lights.