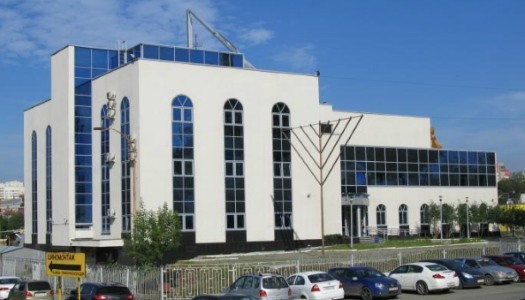 A former teacher at Chabad’s Or Avner Jewish day school in Yekaterinburg, Russia, is on trial for inciting racial hatred because he told his students to “kill the Germans,” according to testimony by one of his former 12-year-old students. The school was raided earlier this summer by agents of the FSB, successor to the dreaded Soviet KGB.

The student testifying in the trial of Semen Tykman, who taught at the Or Avner Jewish school in Yekaterinburg, also said the teacher told the class he spits in the direction of every Russian Orthodox Church he passes, the news website Uralpolit.ru reported. The same witness said Tykman described in detail how to drink vodka with honey on Shabbat, according to the report.

Tykman, 57, has pleaded not guilty to the charges of “inciting hatred or hostility, and humiliation of human dignity.” His trial began last month and its first witness hearing took place on Sept. 17 at the Kirovsky District Court in the city, which is located near the Europe-Asia border.

Prosecutors indicted Tykman last month based on complaints by several parents. Asked for a comment on the charges against him, Tykman told the site he would speak only after a verdict is delivered.