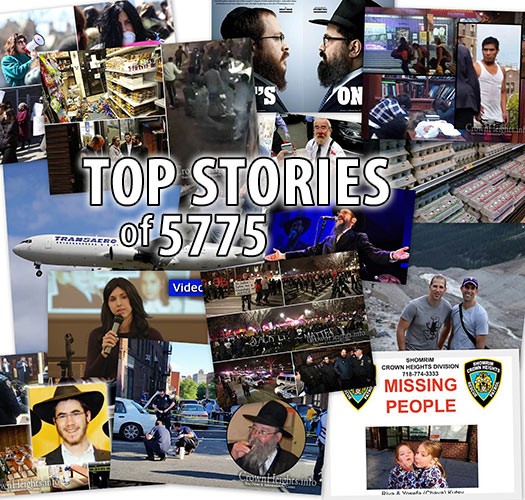 With 5775 coming to close, we take a look back at some of the most popular and engaging stories of the past year – from the stories that inspired us to those that unfortunately saddened us. 2. BREAKING: Bochur Stabbed Inside 770 by Deranged Man and the followup story on his condition change 5. Authorities Mounting Desperate Search for Missing Family and after 10 days they were found 10. Israeli Girl Violated While Sleeping in 770 12. Why Do Eggs Cost So Much These Days? Op-Ed: Does Racism Have a Place in Chassidus? — 171 comments

Abuse Survivor Breaks Her Silence at L.A. Gathering — reached 100,320 people and got 588 likes, comments and shares.

Letter: Even When You Think You Fail, You Succeed — reached 62,832 people and got 283 likes, comments and shares.

Over the year 5775, CrownHeights.info reported the engagements of 250 couples. We also reported the births of 249 baby boys, 189 baby girls and 10 sets of twins.