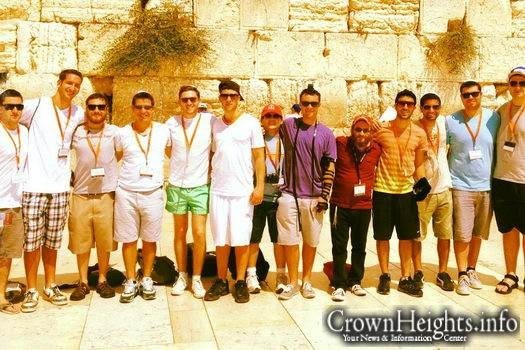 Three Chabad Rabbis from Delaware, Illinois, and California, hold the record for the most Taglit-Birthright trips led, with an astonishing 100+ trips between them. The rabbis, who are all in their 50s, describe the trips as energizing experiences and have no plans of slowing down.

Throughout the years, more than 200 Chabad on Campus rabbis and rebbetzins have participated in the trips to the Jewish state. To date, more than 40,000 students from over 500 campuses that Chabad services have taken part in the Taglit-Birthright Israel: Mayanot programs.

Rabbi Dov Hillel Klein, 55, has led 32 Taglit-Birthright Israel trips, a record among Jewish campus professionals. For 29 years, he has served as executive director of the Tannenbaum Chabad on Campus center for students at Northwestern University in Evanston, IL, and each trip, he says, feels like his first.

Rabbi Yonason Denebeim, 59, is the director of Chabad of Palm Springs and has lost count of exactly how many trips he has led. “But I know it’s more than 40,” he says. Since he first started leading Taglit-Birthright trips in 1999, he has averaged three trips per year with his record for one year being 5 trips.