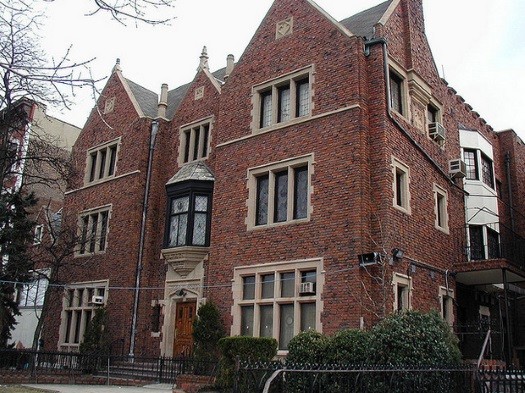 Yesterday, August 16, marks 75 years since the Previous Lubavitcher Rebbe bought the building of 770 Eastern Parkway, which subsequently became the headquarters – and a symbol – of the Chabad movement.

On August 16, 1940, Agudas Chasidei Chabad – the umbrella organization uniting all the components of the Chabad-Lubavitch movement – purchased 770 Eastern Parkway, the Crown Heights, Brooklyn, structure that now serves as its world headquarters, and a universally recognized symbol of Chabad. So profoundly did 770, as it is known among followers, become identified in the decades that followed with the last Lubavitcher Rebbe, the late, revered Menachem Mendel Schneerson, that at least 15 replicas of the structure have been built in Chabad communities around the world.

The Gothic Revival structure, which wouldn’t look out of place as a classroom building or fraternity house on an American college campus, was originally built as an apartment building in the 1930s. The ground floor was given over to medical offices.

In 1940, a concerted campaign led to the rescue from Nazi-occupied Warsaw of Rabbi Yosef Yitzchak Schneersohn, the sixth rebbe (1880-1941). He was brought to the United States and the building was bought to serve as his residence and as a synagogue. Because the rebbe was incapacitated, the building had to have an elevator installed so he could get from his apartment on the second floor to the shul, on the ground floor.