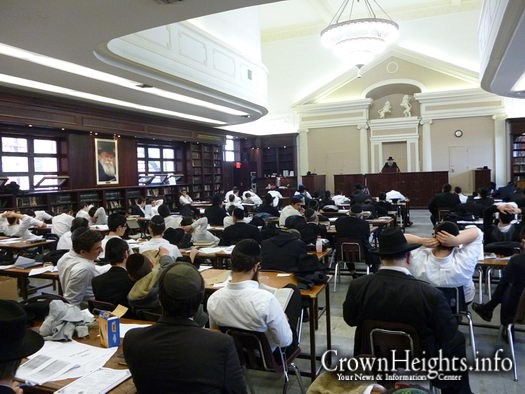 Yeshivas Chovevei Torah has announced that for the coming year they will be introducing a new pre-semicha class for bochurim entering their final year of Zal.

This class will replace most of the afternoon Seder, with the goal of in-depth learning of Hilchos Shabbos, and other Halachos conventionally learned as the ‘Hosafos’ and parts of Semicha.

The new class is built on the success that has been achieved in the last 2 years with replacing the conventional afternoon ‘Iyun hour’ with a robust Halacha curriculum for the entire Yeshiva.

The experience and feedback from so many bochurim is that the additional Iyun hour is not usually utilized to its full potential, and by having a well prepared Halacha curriculum the afternoon seder is invigorated with a fresh goal.

Additionally, there are many hours allocated for the ‘In depth’ study of gemara and not enough emphasis on the mastery of Halacha, which leaves even a well -learned Bochur who has spent seven years learning through Mesivta and Beis Medrash ignorant in fundamental parts of Orach Chaim.

With the addition of the new pre semicha class (exclusively for the bochurim in their final year of Beis medrash), the Bochurim will be devoting much more of the afternoon Seder to Halacha. They will be properly guided to break down the Halacha from its origins in the Gemara and Rishonim, through the ‘Tur’ and ‘Beis Yosef’,  down to the final ruling of the Alter Rebbe. In addition, they will have shiurim giving them a synopsis of the contemporary Halachik issues and rulings Halacha Lemaaseh. There will be an option to be tested by prominent Rabbonim as Rabbi Dovid Shochet and Rabbi Yeruslavsky.

Additionally after completing Hilchos Shabbos, the Bochurim will be prepared with the background Sugyos, tools & knowledge necessary for learning Semicha – Yoreh Deah, giving them a head start and enabling them to complete their Semicha wherever they may choose.

A senior member of the yeshiva commented that this is an important change that is long overdue, and offers a bochur the ability to really taste the feeling of success in Limmud Hatorah at a younger age, which will serve to further encourage him to continue his pursuit in his coming years since success is the most powerful motivator to success.