« Music Video: I Can Be
Alternate Side Rules Suspended Friday and Saturday » 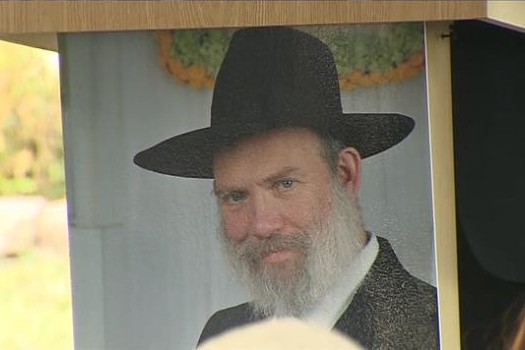 New clues have arisen that may help Miami-Dade officials close a case in the death of Rabbi Yosef Raksin of Crown Heights, but they still need the public’s help.

New clues have arisen that may help officials close a case in the death of rabbi, but they still need the public’s help.

“They did look very sincere in telling me, ‘Listen, we are doing whatever possibly we can to bring the killer to justice,'” said Shuli Labkowski.

Labkowski’s father, Rabbi Yosef Raksin, was shot and killed on Aug. 9, as he walked to synagogue in Northeast Miami-Dade.

The killer remains on the loose. However, 7News has learned that Labkowski was called to the State Attorney’s Office last week to meet with prosecutors and police to receive an update in her father’s case. “Given that we’re coming up on the one-year anniversary, both the Miami-Dade Police and our prosecutors handling this case, wanted to sit down and update the family on the status on the investigation,” said attorney Ed Griffith. “The investigation is very active and is proceeding forward.”

The 60-year-old rabbi was visiting his daughter and her family from Crown Heights, Brooklyn when he was gunned down. Labkowski said she thinks about that fateful morning everyday.

« Music Video: I Can Be
Alternate Side Rules Suspended Friday and Saturday »