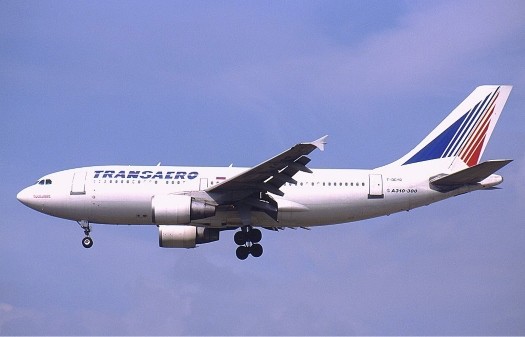 After the story of a Lubavitcher woman whose vigilance saved an entire airplane – which was first reported here on CrownHeights.info – went viral, representatives of the airline – the Russian carrier Transaero – contacted us with a request that they be given the chance to give their side of the story.

The following is the statement sent to us by Transaero Airlines – complete and unedited – outlining the course of events that unfolded that Motzei Shabbos at Ben Gurion Airport, in accordance with their internal investigation:

A number of Israel’s media have published an information assuming that a passenger of Transaero’s UN312 flight carried out on April 12, 2015 contributed to detecting a defect in the aircraft condition.

As the initial information was published in the Israel’s media outlets with no comments requested either from the airline nor from independent aviation experts who could have helped to understand the actual state of the matter, the information was misinterpreted.

The airline finds it necessary to clarify the real circumstances. When carrying out the mandatory pre-flight system check at the engine starting point, the flight crew reported the indication of asymmetric work of slats. The flight crew called for specialists of the handling company of Ben Gurion airport. The diagnostics, carried out by the specialists, showed that the aircraft having this defect should not be operated on this flight.

At the time when the flight crew and the specialists of the airport were carrying out checks, one of the passengers reported to the cabin crew that she heard ambient noise. Although the passenger, indeed, drew higher attention to a strange for her noise, the decision to suspend the aircraft from operations was not made upon the information received from her, but as the result of the technical check of the aircraft. The aviation has strict regulations and rules of control over all systems of aircraft as part of pre-flight checks and preparatory operations. They were fully observed by the crew as well as by the specialists of the handling company.

Over 24 years of Transaero’s history, flight safety has always been and, at present, remains one of the top priorities of Transaero Airlines. Transaero has always been following the strict rules of preflight aircraft checks. Due to the airline’s highest consideration to safety issues, Transaero Airlines is included in the top 20 safest airlines in the world and the top 6 safest airlines in Europe in the international ranking of JACDEC research agency.