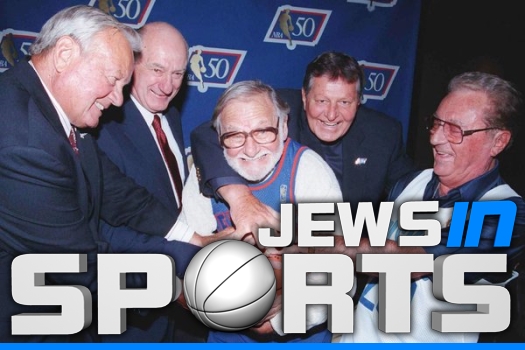 Jews in Sports: A Pioneer Passes

Long before Jabaar, Jordan, Kobe and LeBron, Ossie held the distinction as the NBA’s scoring leader, until the second basket was tallied.

The Knicks guard and one-time All-American at Long Island University played during an era when a six-foot eight-inch center was a giant.

When Schechtman, 94, passed away Tuesday, he was remembered as a figure in the creation tale of the NBA, when his legendary layup was unearthed over four decades later.

On the fateful night of the first game, fans in Toronto were more familiar with face offs than tip offs, with their beloved Maple Leafs having won the previous year’s Stanley Cup, as hockey’s champions.

The just-over seven thousand fans that came to the game were likely there more for the curiosity aspect of professional basketball than anything else. It was the inaugural game for the B.A.A., as it became the N.B.A. three years later in 1949.

Hoping for a respectable crowd, Huskies management offered a free ticket to anyone who walked through The Garden doors standing taller than Toronto’s 6-foot-8 center George Nostrand.

The night would be remembered because of the opponent, and more specifically for what the six-foot Schechtman did on that fateful evening.

“I scored on a two-handed underhand layup,” Schechtman recalled to Charley Rosen, the author of “The First Tip-Off”, a chronicle of the NBS’s inaugural season. “It was a simple give-and-go. One of those fast breaks, pass the ball, went to the basket, got the return pass and put it in.”

The Queens, NY native was the youngest of five children born in New York City to Jewish Russian immigrants in January 1919. He starred at LIU, and helped guide the Blackbirds to an undefeated season in 1939, along with titles in the National Invitation Tournament (NIT) that year and again in 1941, at a time when the NIT was more important than the National Collegiate Athletic Association (NCAA) tournament.

Schechtman eventually signed with the Philadelphia Sphas of the American Basketball League – a team once sponsored by the South Philadelphia Hebrew Association – and then became an original Knick just before the 1946 season began.

Although he held no grudges over the disparity between how much the players made then and what they make now, he did admit to Rosen at having regrets.

“I wish I could have known how to do a crossover dribble,” he said in 2006. “That really looks like a lot of fun.”

In 1998, Schechtman was inducted in to the National Jewish Sports Hall of Fame. He was the subject of the 2008 documentary film “The First Basket”, which chronicles the Jewish roots of basketball.

He is survived by his wife Evelyn, and his sons Stewart and Peter.