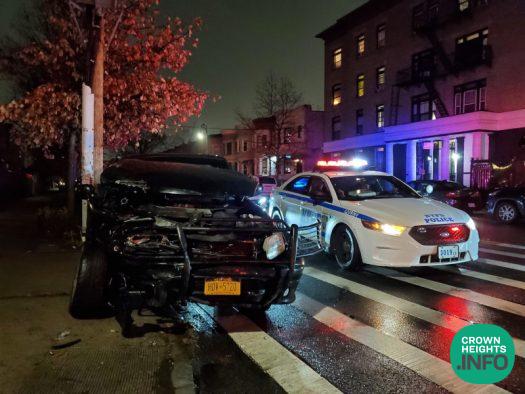 Thank goodness it was parked.

A blue Revel electric scooter – between two cars on Rogers Ave in Crown Heights – got pancaked Motzei Shabbos after a car rammed into a group of parked cars.

Police were on scene, and the squashed Revel could just barely be seen flattened between a Jeep and grey sedan.

There were no reports of injuries in the crash, but considerable damage was done to at least five vehicles.