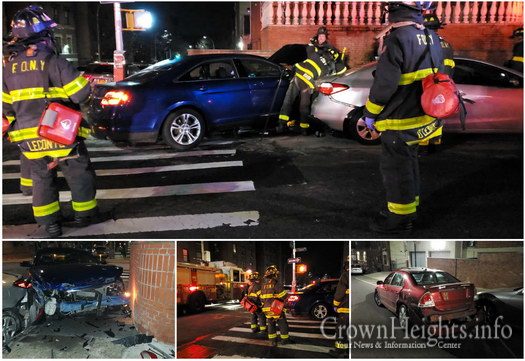 The incident began when a red Ford sedan hit a blue car on the corner of Schenectady Ave and Crown Street, sending it crashing into a parked car and a Crown Heights home.

The occupants of the red sedan bailed from their vehicle, fleeing the scene after removing both of the cars licence plates.

Two people were treated by EMS for injuries at the scene.