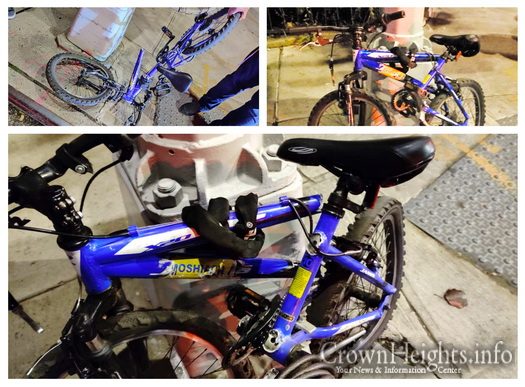 Witnesses called it a miracle when a young boy biking in Crown Height was hit by a large SUV. The force of the hit sheared the boys bike in half, and threw the boy to the floor.

The incident occurred on the corner of Montgomery St and Albany Ave around 5:15pm Monday evening in Crown Heights. The boy had been riding his bike, and while attempting to cross the street, a large black SUV had allegedly turned the corner, striking the boy.

The boys head was saved due to the helmet he was properly wearing, and miraculously only suffered an injury to his foot in the incident.

Hatzalah was called, and took the boy to the hospital.