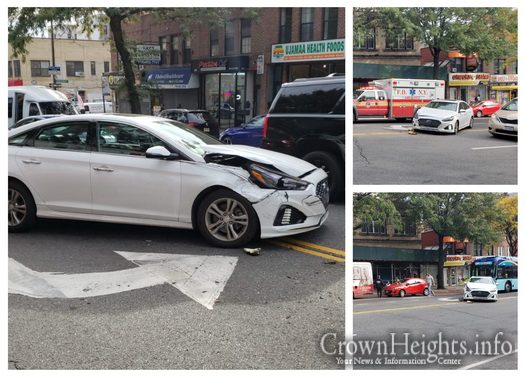 The driver of a white sedan became the victim of a hit and run just moments after getting into a fender bender with another vehicle Friday afternoon. Hatzalah was called, but there were no serious injuries reported.

A white sedan involved in a minor fender bender in Crown Heights became the victim of a hit and run just moments later.

The incident occurred on Utica Ave near Crown St Friday afternoon when the white sedan was involved in a fender bender with a van.

As the two were pulling over, a truck struck the white sedan, causing extensive damage to the front right of the vehicle. The car was left in the middle of the street as the truck sped off.

Hatzalah was called to the scene, but no serious injuries have been reported.