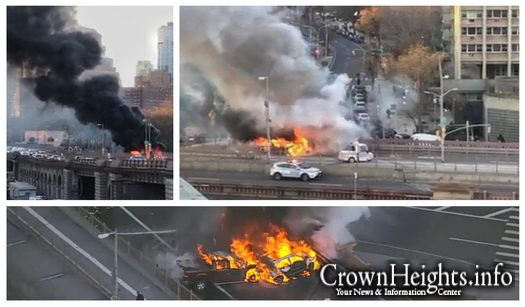 A fiery crash shut down the Brooklyn Bridge in both directions Wednesday morning. Three cars were involved, and one person died in the incident. Five other people were injured.

A little after 7:00am, in the middle of rush hour, a three car accident became a fiery mess that left one person dead, and five others injured.

The accident, and following investigation, has closed the Brooklyn Bridge down in both directions, leaving already congested roadways even worse.

The cause of the accident is still under investigation.