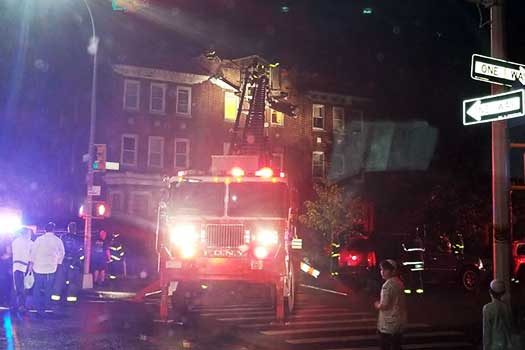 Inclement weather lead to a portion of a facade coming off a house on President Street.

The incident occurred on Wednesday at aroind11:30pm on President Street just off Brooklyn Avenue. Residents in the house heard a sudden crashing sound, prompting calls to 911 saying that the “roof had collapsed.”

Turns out that a decorative piece of facade, common on many houses on the block, had come loose after a recent bout of inclement weather and partially collapsed.

Firefighters responded and using a ladder truck they removed the rest of the hanging piece.

There were no reported injuries.