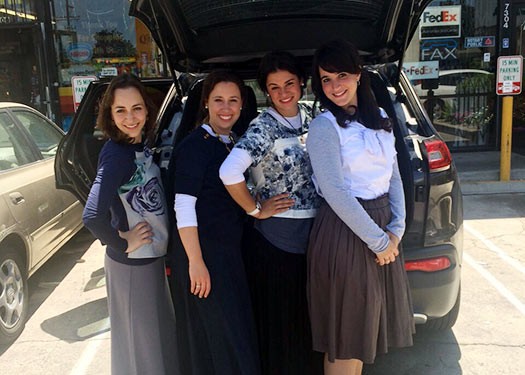 A terrible crash in Arizona has claimed the lives of two young women from Boro Park; two other passengers were critically injured.

The victims, 26-year-old Hindy Spira OBM and 24-year-old Raizel Morgenstern OBM, were killed after their car was involved in a crash with a tractor trailer. Two other passengers were critically injured.

The group was on a road trip and traveling from California through Arizona when the crash occurred.

Reports that Chesed Shel Emes arranged for proper Kavod Hames to be observed and transportation of the victims back to New York for the Levaya and Kevura.

The accident took place yesterday at 4:46 PM in Holbrook. Morgenstern, who was driving a rented blue Jeep Cherokee was heading east on State Route 377, came to a stop at the intersection of State Route 77 and then proceeded into the intersection directly into the path of an oncoming tractor trailer.

“She didn’t see the truck coming,” Arend told VIN News.  “She pulled out to make a left turn and he wasn’t able to stop in time.”

The truck, a Kenwirth tractor trailer typically used to haul dirt, was empty at the time but Arend estimated the weight of the vehicle at approximately 32,000 pounds.

“It hit almost dead center of the driver’s door, but it crumpled it dead center,” said Arend. “That vehicle didn’t look like a Jeep Cherokee when we got there.”

Both Spira and Morgenstern were seated in the front seat of the car at the time of the crash.