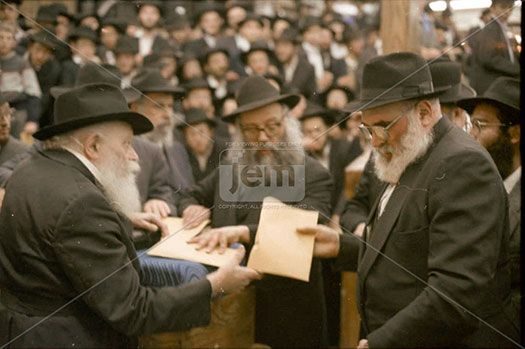 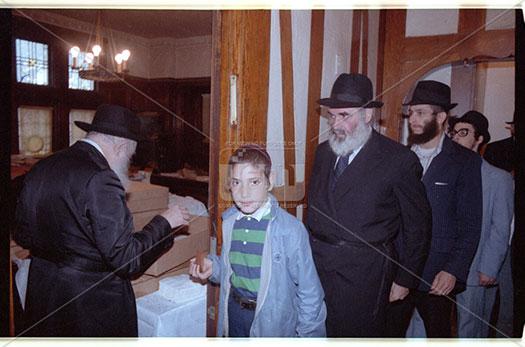 R’ Yehuda leibs father was not the rov of Manchester. I believe he was a shochet and in the Machester yeshiva

Not true, after Hachosid harav Rivkin passed away in 1951, reb Yitzchok became the Rov of his Shul Ada’s Yisroel, till his passing.
Reb Yitzchok was Zoche to take care of the Tahara of the Rebbes brother, and the Chose Reb Leibel to be Mohel for his great nephew in 1975.

plural of bris is brissos

What is not true?
All i said was that Reb Itche was not the rov of Manchester. You said he became the rov in his shul. Ok.

he was a masgiach in manchester yeshiva under harov segal. He gave shiurim to the local kehillah for many years in tanaya. He has a brother and sister who lived or lives in the UK.

IT IS NOT TRUE WHAT THE ARTICLE SAYS THAT REB ITCHE DUBOV WAS THE FIRST ONE TO ACCEPT THE REBBE’S NESIUS, IT WAS HARAV AVRAHAM SENDER NEMTZOV, (HE IS THE FATHER IN LAW OF RABBI, DR. NISSAN MINDEL WHO WAS THE PREVIOUS REBBE AND THE REBBE’S PERSONAL SECRETARY), HE STOOD UP ON THE TABLE AT THE FIRST YUD SHEVAT FARBRENGEN AND SAID OUT LOUD: MIR HOBEN AH REBBE, AND HE MADE THE BERACHA OF “SHEHECHIYANU”!!!

That was a year later. After the Rebbe Said Bosi Legani.

to # 8
see sefer Ymei Breishis, im the middle of the shiva after Yud Shvat when Rabbi Dubov saw the Ruach hakodesh how the Rebbe answered 3 questions which Rabbi Dubov had in his mind, he then said, Chassidim, we have a Rebbe.

ok, but it is harav avraham sender nemtzov who ACTUALLY did it at the first yud shevat farbrengen in the small shul upstairs in 770, he even made a bracha, and he did it then because that is when the rebbe OFFICIALLY accepted the leadership!!!!

with all due respect, Rabbi Nemztov did after the full year and after the Rebbe began the Maamor that marked his acceptance of the neisus.

Rabbi Dubov began his efforts in middle of the Shiva (1950)

rabbi dubov did not proclaim or make statements in any way!!

who is the child in the last picture, in front of Rabbi Dubov a”h ?