A touching memorial ceremony was held at the Old Jewish Cemetery of the Königsberg (now Kaliningrad) Synagogue community on Sunday. Once again, the widely known legend from the First World War was told. In a fierce combat, a Russian soldier was about to drive a bayonet through his enemy, when the German called out “Shema Yisrael…!”. The Russian soldier was also Jewish and answered his call. The slaughter ceased.

The beginning of WWI on August 1, 1914, fell on the 9th of Av, according to the Jewish calendar. The event commemorating one of the most tragic days of Jewish history was attended by the Chief Rabbi of Kaliningrad David Shvedik, the envoy of the Lubavitcher Rebbe Avraham Daich, the head of the local Jewish community Leonid Plitman, the head of the Jewish National Cultural Autonomy Viktor Shapiro, and the Consul General of the Federal Republic of Germany in Kaliningrad Hans Gunter Mattern. In their speeches, they talked about the need to overcome the hatred between people, which was the reason for many disasters in the history of mankind.

Rabbi Avraham Daich, the envoy of the Lubavitcher Rebbe in Kaliningrad, said that, besides the tragedy of the Jews turning their weapons against each other, this war had also destroyed the traditional way of communal life in Eastern Europe: “Many Jewish towns and small villages, where Jews lived for hundreds of years with their traditions and their rabbis, were suddenly gone. After the war, Jews began to flee to big cities and forgot their roots. Sadly, the next generations often didn’t even know that they were Jewish!”

“We talked a lot about peace at the ceremony,” continued Rabbi Daich, “and how those two Jewish soldiers from the famous story stopped the battle and stepped on the path to peace between German and Russian Jews. However, we must remember this not only when there’s a war and people die, but also when everything is well. It is our duty to get along with each other and to constantly raise our spiritual level.”

In 2014, a memorial plaque in honor of the WWI soldiers was installed at the Old Jewish Cemetery in Kaliningrad. In 2019 it was supplemented with granite tablets with the names of the Jewish soldiers buried there. At least 36 Jewish soldiers, who died on the battlefields, were laid to rest in Kaliningrad cemetery. 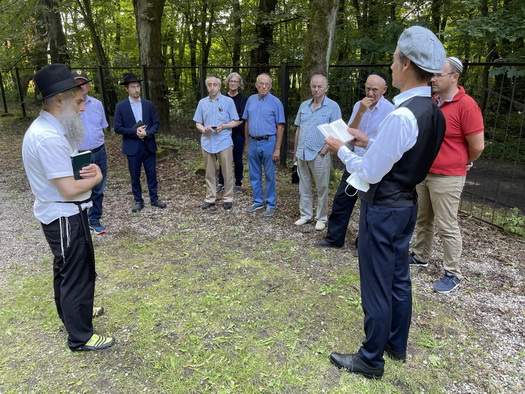 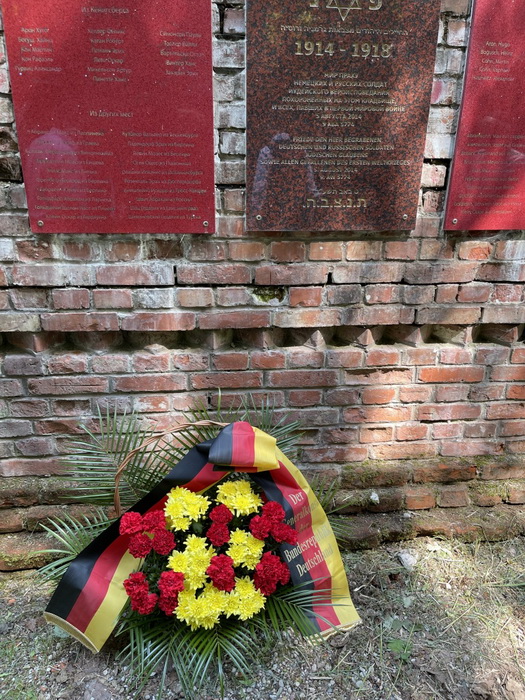