After the success of his first album, Dovid Caytak has now recorded his second of the Mizmor leDovid series.

The first album was Boruch Hashem given out to over 25,000 families in the Russian Jewish Community as an initiative of Chabad of Russia.

It was composed of many of the famous Chabad Niggunim such as Keli Ato and Anim Zemiros. The second album is mainly niggunei dveikus. The last niggun is Nyet Nyet Nikavo, recorded in honor of Rabbi Lazar and Chabad of Russia.

The album was produced and recorded by the great Chabad musician, Elor Welner.

The album can be pre accessed by clicking Here 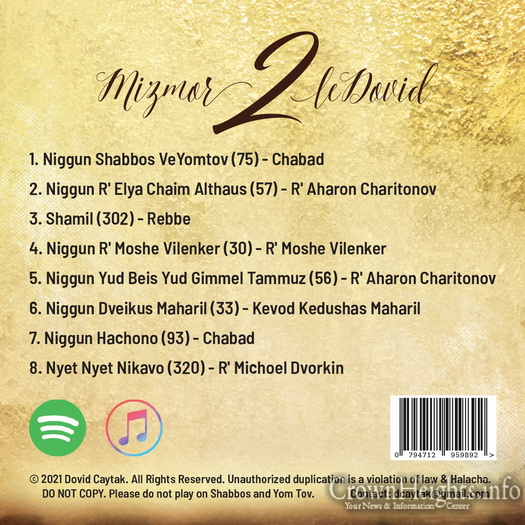