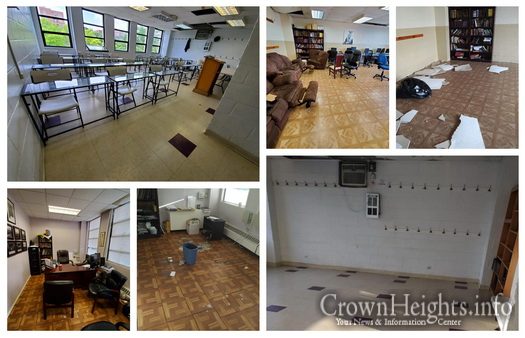 United Lubavitcher Yeshiva on Ocean Parkway was vandalized this past week, just a month before the beginning of the new school year. Items were thrown out and the building damaged.

“I walked into my school and found this devastation… some people broke into my office and classrooms and threw everything out,” wrote Rabbi Lieblich on Facebook, “I know who they are and will be making it public… they have a chance now to come clean.”

In conversation with CrownHeights.info, Rabbi Lieblich said that the break in occurred sometime last week, but he is giving the perpetrators the opportunity to return everything and make amends.