More than 600 people joined the Rabbinical College of America’s National Founders’ Dinner on March 16th  to honor Dr. David Shulkin, United States Secretary of Veterans Affairs, and Israel’s Ambassador Dani Dayan for their dedication and service to the community.

The evening began with Rabbi Moshe Herson, Dean of the Rabbinical College, describing the RCA’s successful growth over the past year, both in its educational programs and in NJ’s network of fifty-eight Chabad centers, for which the RCA serves as headquarters. In the latter vein, Rabbi Herson acknowledged the more than 100 Shluchim families throughout the State who work tirelessly providing physical, spiritual and emotional needs of the community.

The impact of RCA reaches well beyond the State of NJ. RCA graduates and Alumni can be found as Chabad emissaries throughout the world, changing the lives of their communities.

Rabbi Benny Zippel, RCA graduate and Shliach (emissary) to the State of Utah, flew in for the event so that he could share the story of his work in Utah. He closed his remarks by calling upon a NJ mother who shared her children’s struggles during the course of their youth. Eventually sending them to Utah for rehabilitation and support, they encountered Rabbi Benny who helped lift their spirits and restore their faith. Both children are now fully productive adults, and looking forward to their respective graduations from Harvard University and the University of FL.

She concluded by thanking Rabbi Zippel for saving her children’s’ lives and the RCA for “Educating the ‘Rabbi Bennys’ of the world”.

Mr. Zygi Wilf, owner of the Minnesota Vikings and executive board member at Yad V’shem, introducedAmbassador Dani Dayan, Consul General of Israel. As a trustee of the board at the RCA, Mr Wilf, conferred an honorary degree to the Ambassador.

Major Dayan delivered a keynote address about the impact of Chabad in Israel and around the world.

Dr. Sol Barer, Chairman of the Board of Teva Pharmaceuticals of Israel, conferred an honorary degree to Dr. Shulkin. He highlighted how the meaningful work of RCA, and the dedication of its global representation, are similar to the selflessness of Dr. Shulkin and his shift from the private sector to public service.

Michael Cohen, Personal Attorney to President Trump, offered remarks and congratulations to Dr. Shulkin. He pointed to the many qualities that Dr. Shulkin contributes to the people he serves.

During the dinner, the College offered a memorial tribute for two of its pioneers and long-time supporters: Business giants David T. Chase and Joseph Wilf.

A tribute was also held for the Mashpia Roshi (Senior Professor of Jewish Philosophy/Kabbalah) for more than 50 years, Rabbi Meilach Zwiebel. Reb Meilech was responsible for the education of thousands of students who have attended the Rabbinical College over the years.

The RCA serves students from 26-28 States and 14 countries. Many of these graduates devote their lives to bettering communities in all corners of the globe, as emissaries of the Lubavitcher Rebbe. 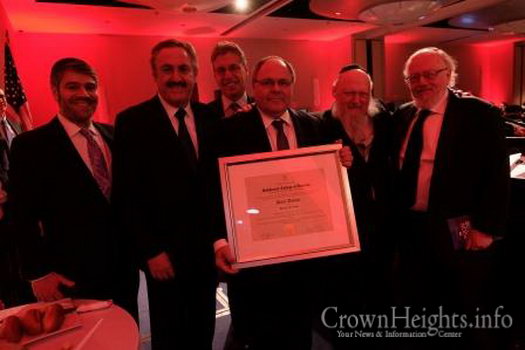 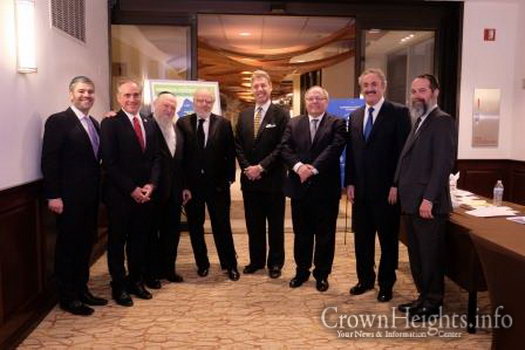 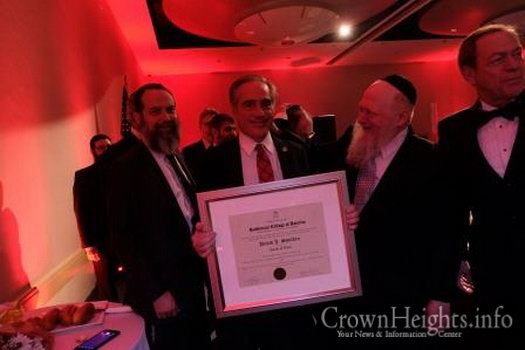 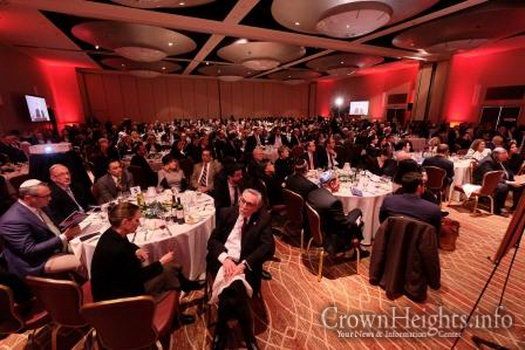 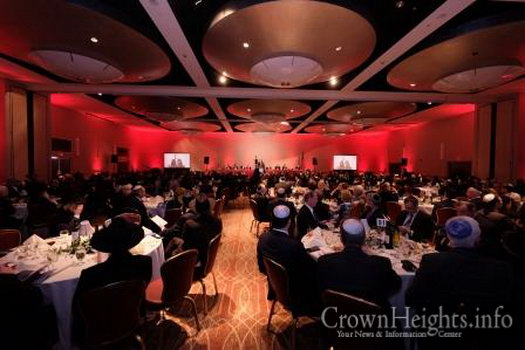