A two car crash on Brooklyn Ave and Empire Blvd stopped traffic Wednesday night, after one car T-boned the other.

The accident took place around 10:50pm, as one vehicle was attempting to turn onto Brooklyn Ave and T-boned another vehicle.

A nearby Shomrim volunteer heard the accident, and quickly responded to the scene.

The accident had left both vehicles badly damaged, with one driver unable to extricate from her vehicle.

Shomrim called 911, and the firefighters who responded were able to force the door open and remove the driver, who was transported to the hospital by EMS. 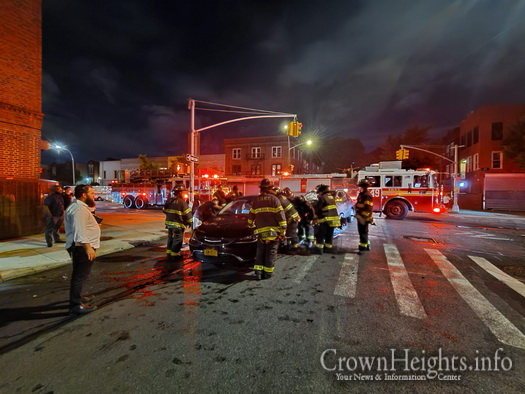 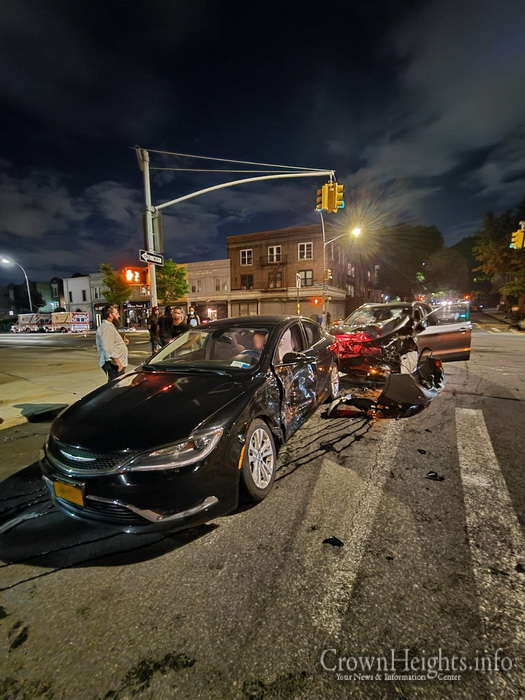